Angular CLI is inseparable from Angular. It contains many useful functions to ease Angular development.

If you're new to Angular, to install Angular CLI is by using npm

By having -g, it means that we install the CLI as global package.

Let's check if it is installed correctly. Open your terminal and type below:

You should see the CLI version.

You will see bunch of files are created by the command and also it will install some dependency packages.

Well, there are some optional parameters of ng new that you could see by executing

The first cool parameter for ng new command is --dry-run

This parameter allows us to run through the command without changing anything. It is useful if you want to see what the command will do.

The second one is --skip-install

This parameter allows us to create a new Angular project without needs to install its dependency packages. It's a good choice if you want to add more packages before installing them.

Once you execute ng new, the next step is to run the app

Behind the scene, this command will execute ng serve. It will start compiling the files and it will give you the URL to open startup page http://localhost:4200 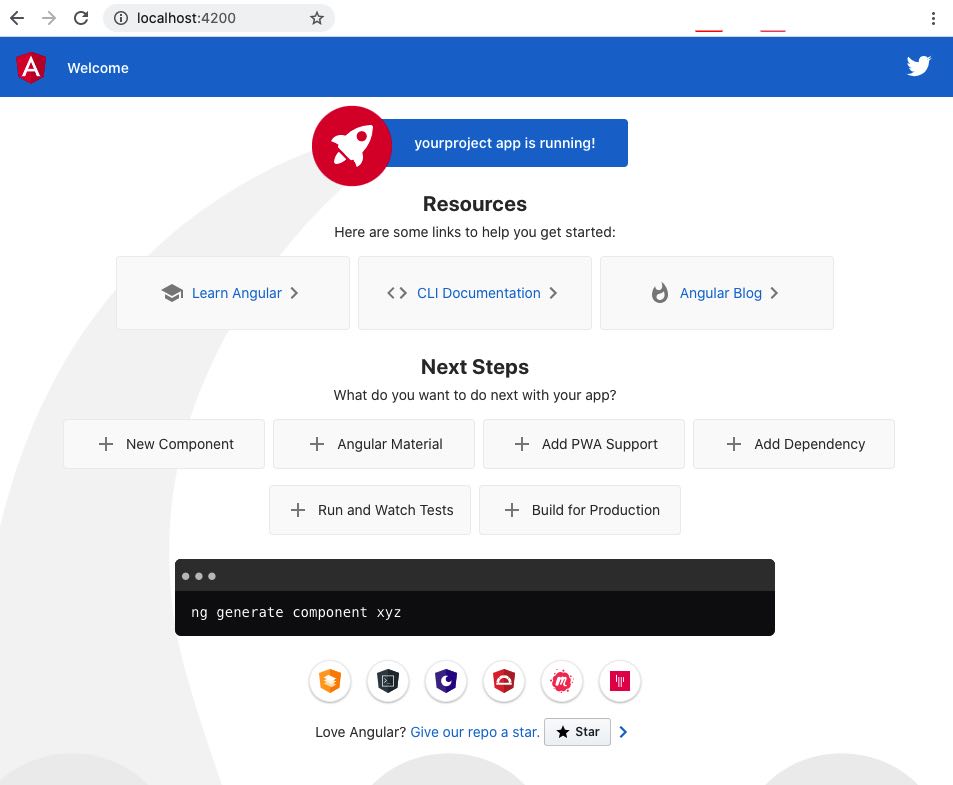